The Scottish Documentary Institute would like to draw your attention to two short science documentaries made by Scottish filmmakers which can be used in secondary schools and college education.

Last year two filmmakers, Lindsay Goodall and Cameron Duguid, were granted a residency at the ESRC Genomics Forum and Network during which two 10-minute documentaries were produced, EAST END JOURNEY and SIMPLY COMPLEX.

EAST END JOURNEY takes a look at Glasgow’s life expectancy statistics. Could epigenetics be the cause of excess mortality in Scotland’s biggest city?

The animated film SIMPLY COMPLEX asks: How has the unravelling of genomes impacted our idea of genetic determinism? And what can data realistically tell us about ourselves?

You can watch both short films for free here on our website. 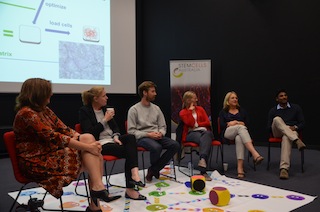 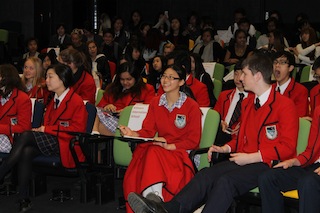 Series of screenings in Australia

We have a series of screenings coming up in Australia. Please check our calendar.

Presentation 'Stem Cells: A Vision of the Future'

Professor Clare Blackburn and Dr Amy Hardie deliver a presentation exploring the history, biology, hopes and fears of stem cell research, the product of an innovative partnership between a stem cell research scientist and a documentary film director.

Coinciding with the Nobel Prize ceremony in Sweden on 10 December, more screenings of STEM CELL REVOLUTIONS are being organised. We have already confirmed events at the Filmhouse in Edinburgh, at the Nobel Museum in Stockholm, and the Museum of Contemporary Art in Sydney.

Maybe you want to hold one where you are?

Update: Just added a screening in Cambridge. All events include Q&A with scientists.

Update 2: Just added two screenings at the Glasgow Film Theatre on 28 January (with Q&A) and 30 January.

Update 3: Three more screenings across the UK in March: in Cambridge, Biggar, and Caithness.

Stem cell researchers Shinya Yamanaka (pictured) and John Gurdon have just been awarded the Nobel Prize for medicine. Both are featured in the film STEM CELL REVOLUTIONS.

Commenting on the news, Clare Blackburn, science producer of the film and one of the professors at the University of Edinburgh's MRC Centre for Regenerative Medicine, said: "The work of John Gurdon and Shinya Yamanaka has been transformative. We are so delighted to hear this news."

Filmmaker Amy Hardie added: "So many scientists have said that Shinya Yamanaka has overturned our understanding of basic developmental biology. And he has – with the discovery of induced pluripotent stem cells.

"What Shinya Yamanaka himself points out and we were able to show in our film STEM CELL REVOLUTIONS, is the lineage from John Gurdon who cloned frogs in Cambridge. Shinya's groundbreaking discovery would not have been possible without Gurdon's pioneering work.

"This is a Nobel Prize that celebrates both how science progresses from generation to generation and how individual scientists with one experiment can overturn knowledge that had been enshrined in biology textbook for years.

"It's been an honour to have been granted the access to both John Gurdon and Shinya Yamanaka and to have them generously explain their groundbreaking innovations in language a non-scientist can understand."

Here is a clip from the film that links Gurdon and Yamanaka. There's much more about Yamanaka's work in the film.

You can preview, rent, or buy the whole 70-minute film for personal or educational use here. You can also embed the clip below using the Share button on the top right when playing.

Our film just got reviewed in the influential Cell Stem Cell magazine:

"In their new documentary Stem Cell Revolutions, filmmakers Amy Hardie, director/producer, and Clare Blackburn, stem cell biologist, team up to present a fascinating portrait of the history of stem cell science and a provocative peek into its future. This is an elegant and deeply instructive piece of work, with wide potential for raising awareness of the promise and possibilities of stem cell science—both in formal educational settings and among lay generalists who are curious about the this area of biological investigation." 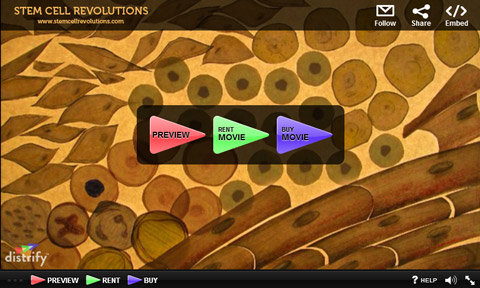 For a limited time, STEM CELL REVOLUTIONS is available as download for educational use at the introductory price of £49 (€55, $79). The regular price will be £85.

The package includes the full film download, the five thematic chapters as separate files, and a Teacher Pack. All will be yours to keep with no time limit on its use. You can download the educational package straight from Distrify. (If your institution cannot pay by card or by PayPal and needs an invoice for a bank transfer, please use this form to place your order.)

As the film was funded in the United Kingdom, we're able to offer some very special deals to secondary schools in the UK. Please see this page for an overview of all our products for educational use.

"Director/Producer Amy Hardie and Science Producer Dr Clare Blackburn do a great job of taking such a scientific/technical issue as stem cells and making it approachable, entertaining, and easy to follow. The film is a great way to introduce stem cells to non-technical audiences such as teachers and students."

Read the full review here. Get the film here.

Now also out on DVD 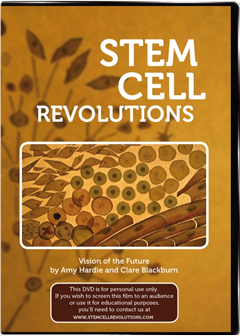 Now the film is widely available on DVD as well, both for personal and educational use. Starting at £9.50 (€10.90, $15.90), shipping to 60 countries is already included in the price of our DVDs. Just order your copy straight from the video player.